When using sectional-adjusted speed ratings (SASRs) to rate horses, you can sometimes unearth a gem of an eyecatcher that almost all other eyes will miss.

Generally speaking, in most races, the horses that achieve the highest SASRs are the ones to follow in the near future. However, every now and again, a closer look under the microscope at each horse’s finishing speed sectional will pinpoint something that almost everyone will have missed.

This is especially true in races in which the majority of runners (whether first, sixth, or last home) run closing sectionals that are similar to one another, but one stands out as having done something different.

Sometimes the early pace will have been too strong and most horses will run the closing sectional slower than is representative for the overall race (below 100%); sometimes it will have been too soft and turned into a sprint, resulting in horses running the closing sectional faster than is representative for the whole race (above 100%).

Either way, the runners that are often most interesting are those that produce closing sections that differ by some way from their competitors.

Break Record is, at the time of writing, a seven-race maiden in HK who has failed to finish better than seventh in any of his races and is now operating at the basement Class 5 level. He has generally been sent off at big prices and will likely continue to be unpopular with punters.

However, I think he will win soon.

In five starts in 2019/20 I have recorded BESTCAP4 ratings (see here for what these are and how they differ from my SASRs) of 86.5, 91, 88.5, 83.3 and 86 for Break Record. His mean (average) BESTCAP4 rating is 87.1 and the standard deviation around this is 2.9. Using that information, the following shows the likelihood (or frequency, from 100,000 simulations) of Break Record running to different ratings in the future. 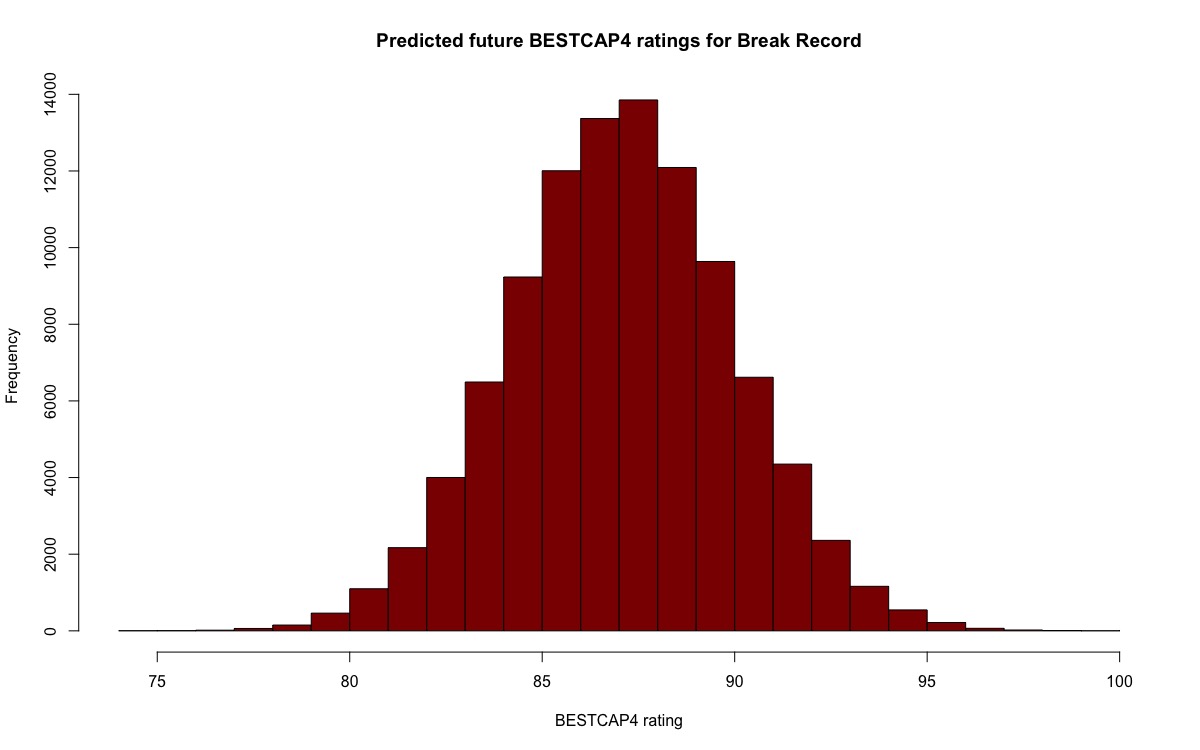 By analysing all Class 5 races run this season I can see that the mean (average) BESTCAP4 rating awarded to winners and placed horses is 86.2 (see Figure below), which means Break Record is operating at a level high enough to strike in that category. 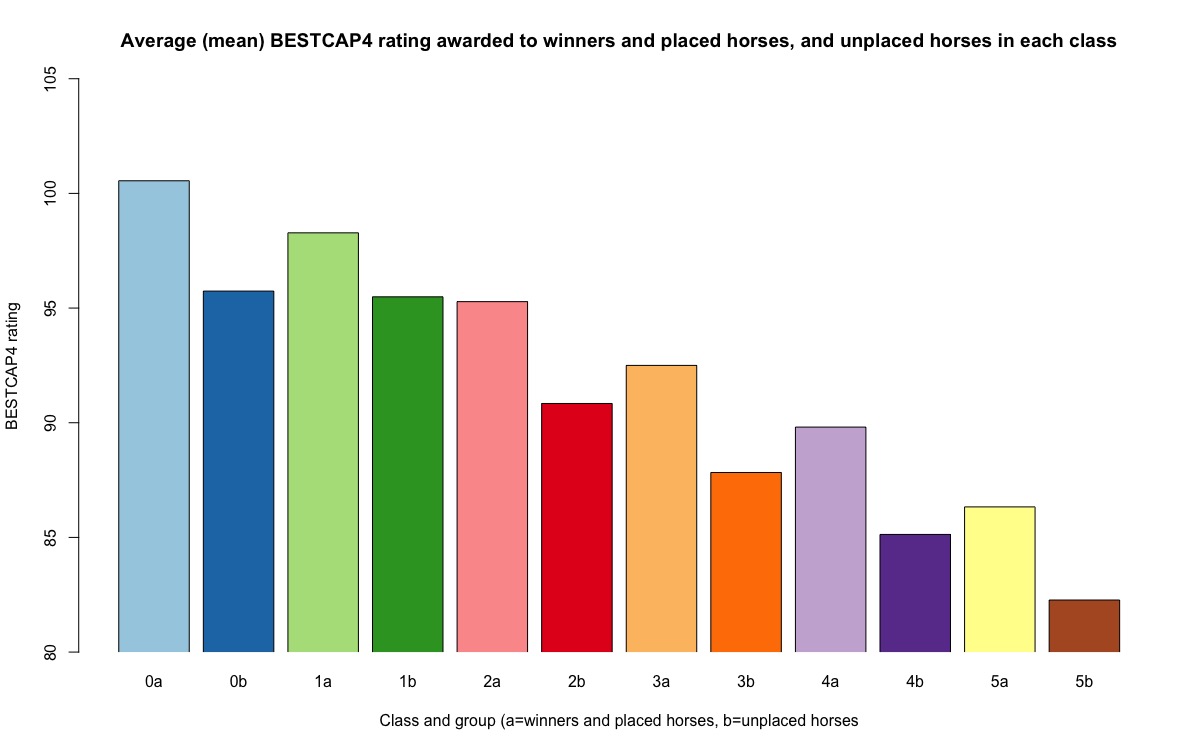 However, he was disappointing in his most recent race (Race 295) wasn’t he?

So, is it possible he didn’t stay? Let’s see what the closing sectionals say.

You’ll notice that the vast majority of the runners were running faster closing sectionals than was representative for the whole race. In other words, eight out of the first nine home were finishing faster than they had been running for the race as whole.

Break Record, however, finished slower (98.1%) than was representative of his time over the whole race, and significantly slower than those horses around him.

Note if you watch the race that the last two home were heavily eased by their jockeys once beaten, resulting in their returning sub-100% closing sectionals. This is common for horses finishing last or second-last in most races. We can be confident that Break Record should be viewed differently to these two given that the horses immediately ahead and behind him all finished quickly (above 100%).

With all this in mind, I am very confident that he simply didn’t stay last time and fully suspect him to race next time over a shorter, more suitable trip. If he does, and has a reasonable draw, he has the form to win or hit the frame, and he may well just do that at very rewarding odds.

Reply on TwitterRetweet on Twitter1Like on Twitter2Twitter
Load More...