As well as using raw speed ratings to pinpoint horses to follow, it is possible to use the finishing speed percentages (FS%) to spot horses that have done something distinctly different to those around them and still run well.

Horses of particular interest are those that have finished close behind the winner/placed horses and yet run completely different races.

One carbon copy case study is provided by V Chevaliers, who finished a never-nearer fourth in race 672 at Happy Valley in May.

It’s worth looking closely at the result, which shows that he improved his position considerably between the third and final splits (from ninth to fourth), whereas none of the others really altered their running positions. 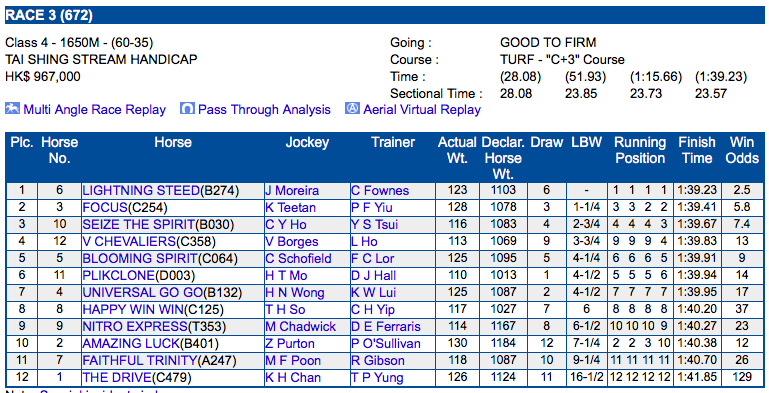 Now look at the FS% figures of horses in this race. 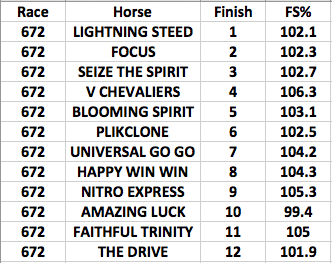 These indicate that virtually all of the runners came home relatively quickly, which further underlines that the race was slowly run initially, which suited those ridden close to the pace.

V Chevaliers FS% of 106.3 was significantly greater than anything else in the race, and especially so when compared to those that filled the first three spots just ahead of him.

In other words, he came home extremely well but had too much to do.

A simple analysis I use a lot — called a distance matrix — allows me to compare how similarly each horse ran its race by comparing the different sectional times they ran at the various points they are taken in each race.

It’s essentially a way of underlining whether a visual impression is supported by time data — and in an objective, mathematical sense.

You’ll see in this case that V Chevaliers ran a similar style of race to the horses that finished seventh, eighth, ninth and eleventh. And, importantly, a completely different race to those that finished first, second and third. 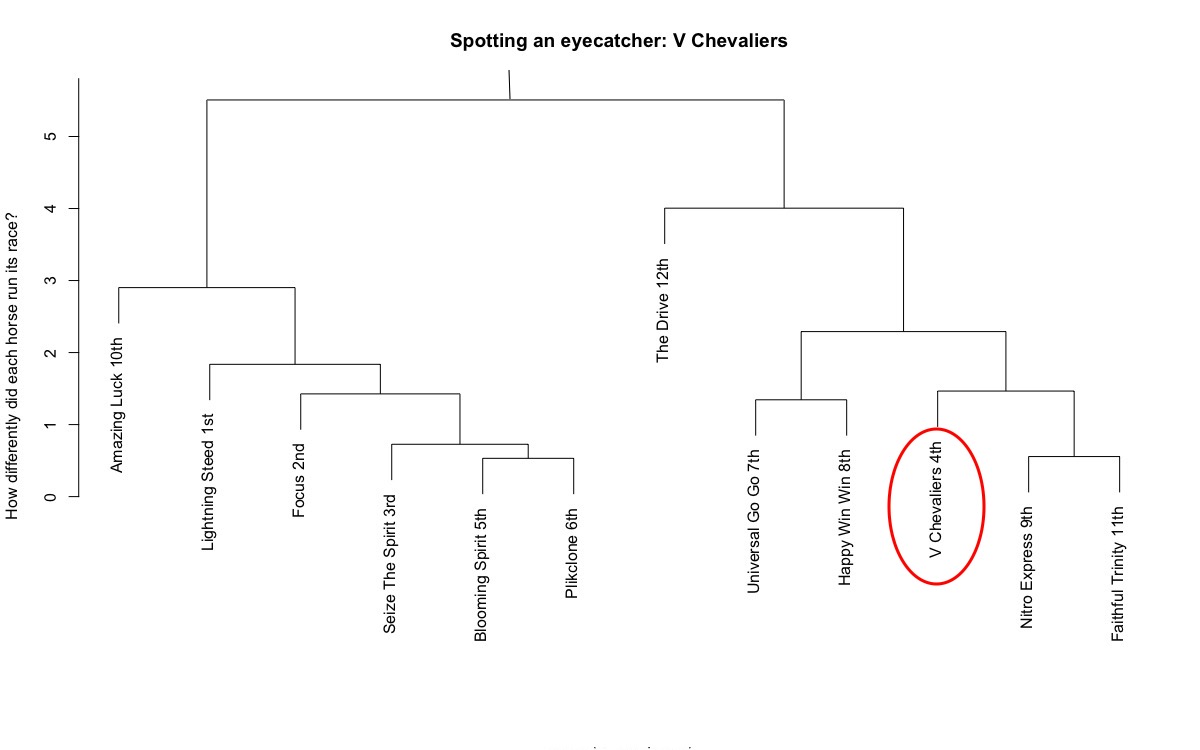 This again underlines that he was unfavoured by the way the race panned out, and that he ran a far, far better race than the bare suggests as he was the only horse held up initially that was able to make any inroads.

V Chevaliers has since run at Happy Valley and finished fourth in race 731. Once again he was a hostage to fortune, coming home better than anything else but running out of time to land a blow. 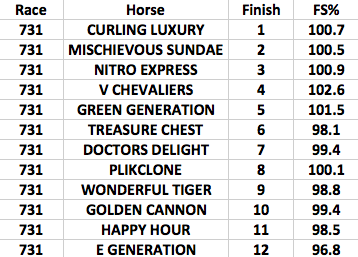 He remains of huge interest for the future. Granted luck in running he will certainly be landing the odds soon.

@tospo_keiba
To #今村聖奈
I GLAD TO KNOW YOU ARE THE BEST.
CONGRATULATIONS
You are very beautiful in the kimono